Four weddings and a Goat reunion

It has been exactly a year since I last harped on. Single reeding has taken over most of my life this year, not a bad thing as it's my job and I enjoy it, but it has left very little time for the harp. I've had one or two lessons where Rohan has been helping me with my technique so I do have things to work on. I have played at three weddings and have a fourth in two weeks time. I have finally seen 4Girls4Harps in concert and, er, that's about it!

However the big news and main reason for getting the blog up and running again is that the harp will have to be practised hard for the next, and final, GOAT* event which will take place on Sunday 22 February at West Road Concert Hall to raise money for Médecins Sans Frontières (MSF). We have a rehearsal in early January and I'll do a few blogs about that between now and Christmas to hopefully build up to the big event. Many of the characters that appeared in the 2011 blogs will almost certainly reappear here as well as introducing some new characters who were Goatees of the past and are set to appear more prominently this time around. I'll even need to keep an eye out for any foul play as this event is going to be competitive...

February
Wedding No. 1
Mum and Paul get married so naturally I offer my services and refuse to take no for an answer. Chris also brews some beer for the occasion. This turns out to be the first of several events where I provide music and Chris provides homebrew. It's lovely to find we have something in common! 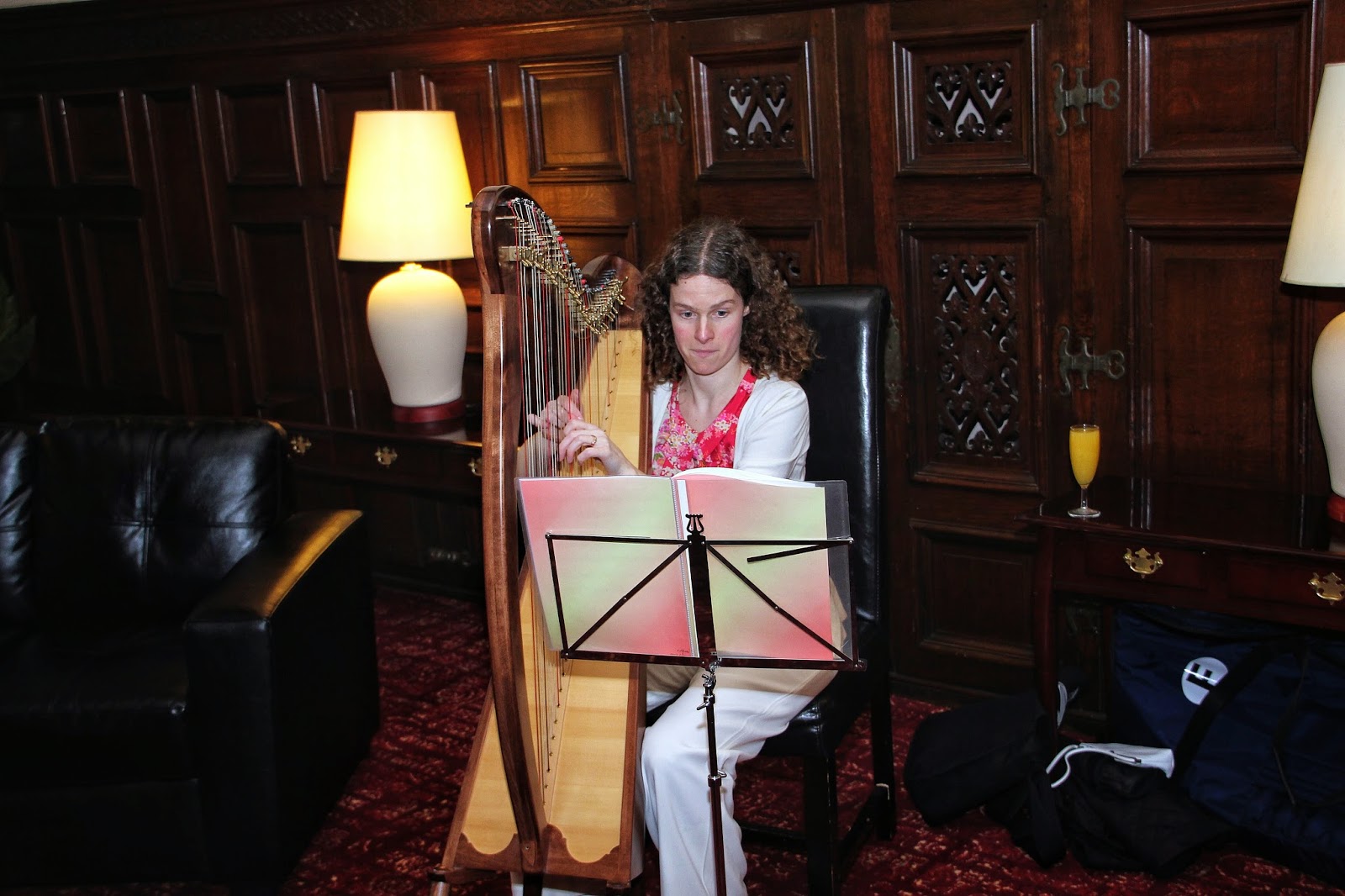 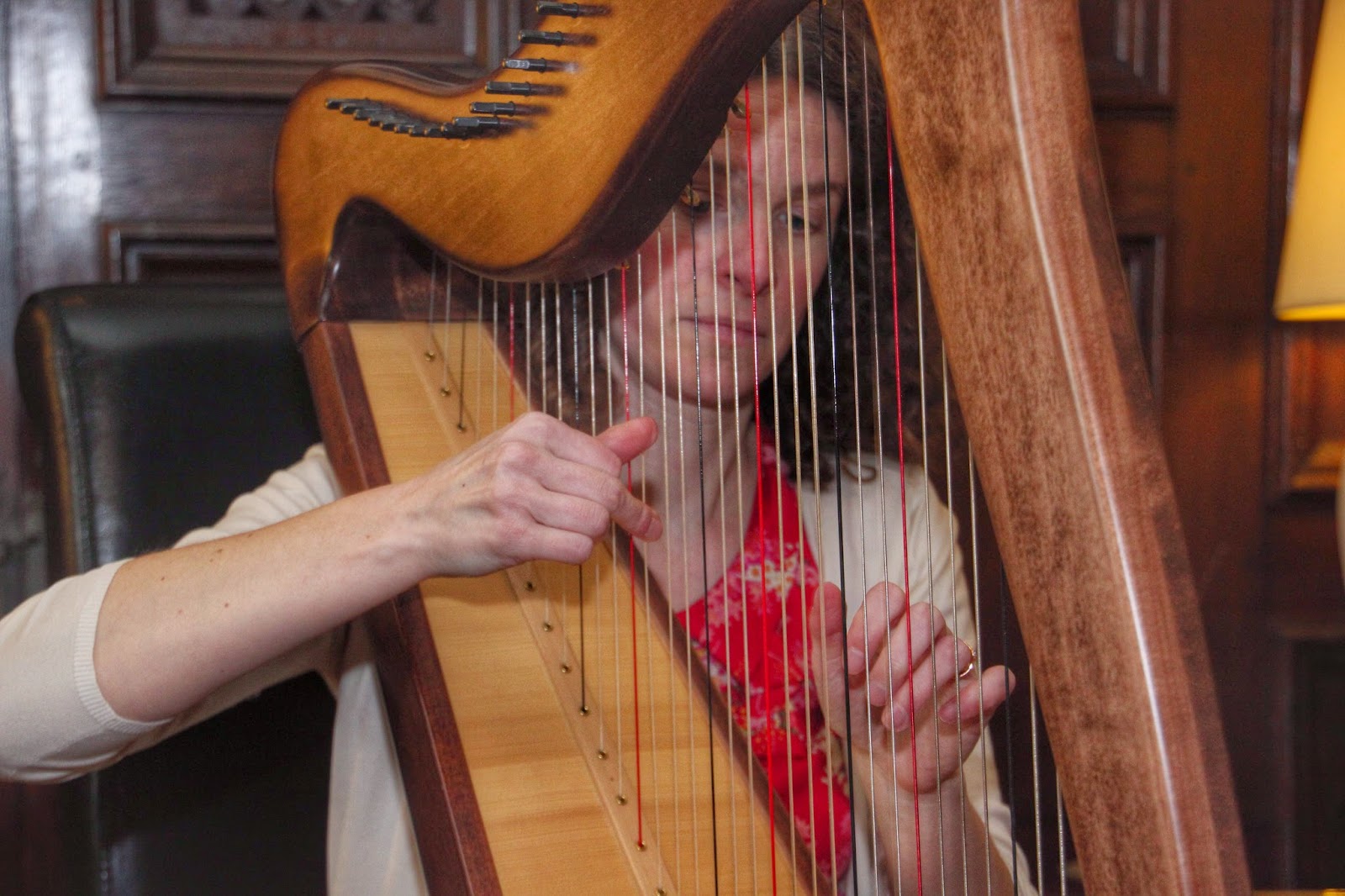 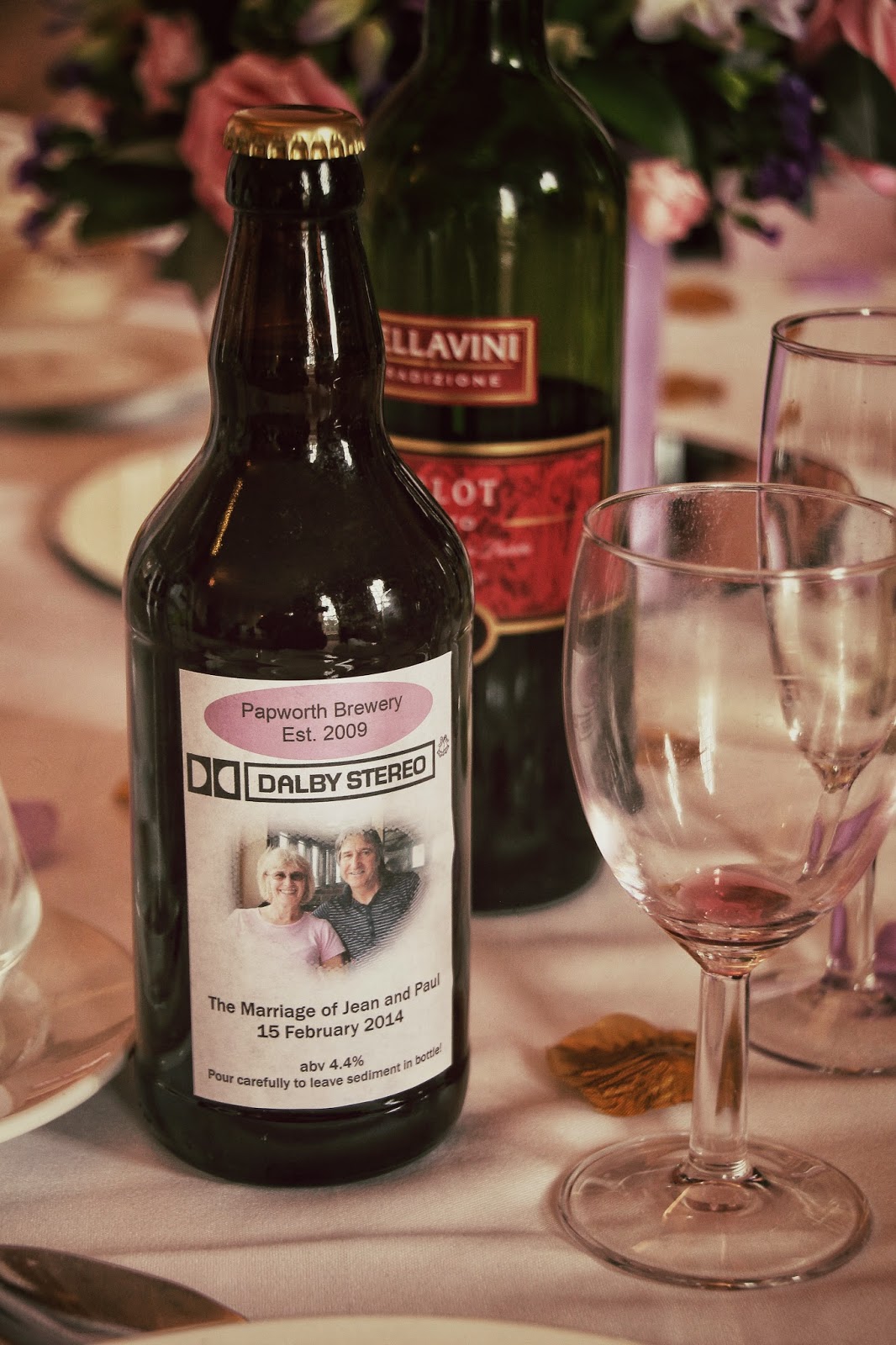 August
Wedding No. 2
I then had the weddings of two sets of friends on 1 and 2 August. For both of these I was involved in the ceremony. Sarah, drum teacher at one of my primary schools, and Rob got married on the Friday and I played background music in the church, then was joined by Sarah's sister Lisa in an arrangment I made of Eriskay Love Lilt for signing of the register. During the planning I learrnt that Lisa had done grade 3 some years ago and was also due to have a baby just a few months before the wedding so I had emailed the music well in advance. I also sent a midi recording for her to practise so the first time we actually played it live was in the church! Fortunately it went very well.
Wedding No.3
The following day we were up and out for Jess and Rob's big day in Somersham. Jess is one of my groupies and along with my other fans Margaret and Janine, a flautist, we were providing music for the ceremony. Music had been carefully chosen and included the Bach / Gounod Ave Maria. The accompaniment is manageable on the harp but had a lot of lever changes so I'd worked hard learning this. We'd had a rehearsal back in the Easter holidays where I'd played it on piano and knew roughly how long Jess would take to get down the aisle so a small cut had been added. I was quite worried though and wanted to take it slightly slower than we'd rehearsed so I'd cope if I made any error on the harp. The night before Jess said we needed more music as she'd forgotten to take into account the flower girls! I told Janine not to worry as the slower pace from me would easily add time. In the end Jess was down that aisle in a flash so myself and Janine had to bring things to a close on a dominant chord barely half way through! The rest of it went well and Margaret sang Mozart's Laudete Dominum beautifully while Janine finished things off with a rousing performance of Gossec's Tambourin. The day was also memorable as it started with a broken down car. Margaret's drive belt had come off just as she came off the A14. Fortunately that was my junction and we happened to get there just a few minutes later so stopped to rescue them. Mark and Chris stayed with the car to wait for recovery and I got Margaret and all her gear loaded into my car so that we could get to the church in time for a quick rehearsal with Janine. After being towed back to M&M's home village Mark and Chris consoled themselves in the local pub! If that wasn't enough the day ended with the bride's mother being dropped in a failed Dirty Dancing style lift. A great day, and don't worry as the bride's mother came to no harm!

Wedding No. 4
Mum had her 60th birthday later in August and had booked two weeks with Paul and a few family members in Florida. Among the party were my sister Viki, partner Gary, their son Josh, and Paul's daughter Amanda and her boyfriend Matt. We kept in touch via Skype and email but one afternoon I got in to see Viki had tried ringing the home phone. I was a bit baffled as I knew she knew I knew she was on holiday so I checked my email to see they'd got married on the beach in Miami! They had told no one, not even Josh. I was furious as I'd wanted to play my harp! I emailed back my congratulations and told them how I felt. Fortunately they are going to have a party later in November and have asked me to play as the warm up act for the disco so all is well again. Here they are on the beach. The weather was almost as warm as mine and Chris's wedding day!
So that was later in November and now it is full on practise for the GOAT Reunion in February.